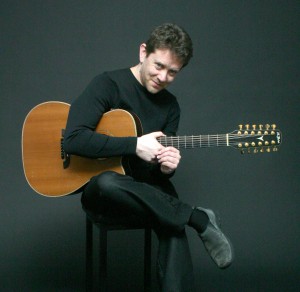 Chris Conway (or “Christo”) came to filk music accidentally, a professional musician, not knowing he was playing filk.

Influenced by the space songs of Paul Kantner and Country Joe McDonald and by reading sci-fi , the occasional space or otherworldly reference crept into some of his songs.
He then worked with Toronto filker Jodi Krangle, before being initiated into the UK filk scene and invited to play at the 12th UK Filk Convention Didgeridouze, where he also guested with Urban Tapestry (who appear in turn as guests on his filk CD). CC has also played and recorded with Talis Kimberley.

Chris Conway is difficult to sum up in a few paragraphs as he is active in so many genres of music – singer-songwriter, new age, jazz, Celtic, world music, and electronic. This genre hopping makes him a moving target as an artist and keeps him below many people’s radar, but there is a growing crowd of those in the know who enjoy the relentless creative flow of his music.

Chris Conway has a prolific recorded output, releasing over 80 CDs under his own name or with his bands. His music has been heard on UK National TV, Radio, and film. He has sold over 55,000 CDs worldwide.