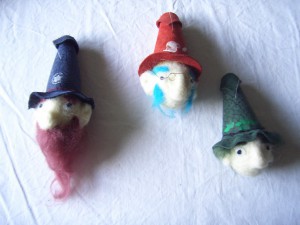 If you are not yet familiar with the concept of Random Awards, here is a short introduction what they are about:

Some FilkCons give out awards, some do not. Mostly you get awards for partaking in (and winning) a song contest, or for a great performance or some other thing. We concentrate on the “other thing”. Everyone who thinks “oh, I’d like this or that filker to get an award for this or that or just because” can write a nomination. Nominations need a name or another clear indicator on them, else we would not know, who is nominated. A nomination does not need to include a reason, but it may.

Everyone can nominate as many people as often as he/she wants to.

Random enough? Not for us.

We do not count out the nominations. We let our GoH draw as many nominations from a box as we have awards for. The number varies, you know?

Whatever name is drawn wins a Random Award.

Alas, not everbody is eligible.

The nominated person needs to be at DFDF.

Members of the ConCom are not eligible.

That’s pretty much all the rules. Oh, and please use an official Random Award ballot paper. Or any other blank paper.